About that time I duetted with Gilbert Gottfried

I’ve gone near-viral a couple of times on YouTube. Here’s the story of my second-highest score, but my favourite by far.

I occasionally make rather earnest music under the name Barnard Star. In 2019 I made a music video with my friend Tom for a cover of an 80s song. I got some nice comments, but it never set the world alight. (It didn’t have to… it was very much a cathartic exercise for me.)

In March 2020, when the world was bolting its doors and windows, Gal Gadot got a bunch of her celebrity friends to record a cover of John Lennon’s /Imagine/. In response, Jordan VanDina paid Gilbert Gottfried to record his own version , via Cameo.

My friend Tom (from the music video) retweeted it so it ended up in my timeline. And then I spent my whole morning figuring out how to cut Gilbert’s baleful vocals so that his unique rhythm would match the more pedestrian, plodding Lennon track.

I recorded myself playing the piano, looking as #blessed as possible, and edited a video together to upload to YouTube.

I mean this is cool and all but it’s not Gilbert’s key at all lol, I know he’s not staying in tune or anything but this isn’t really close lol still good job tho

Timing plays a huge role in creativity, and I’m a big believer in striking while the iron’s hot, and while the idea still feels fresh and fun. I could have added more polish to the video, maybe even tried autotuning the vocal, but it might not have captured the zeitgeist. Although, if I’m brutally honest, I was just worried someone else would beat me to the punch.

There’s always a balance to be struck between getting something out quickly, and making it the best thing it can be. I’ve always erred on the side of “ship it now; it can always be iterated on over time”. That’s harder to do with a memetic response like this video.

But I’ve never been one for keeping all the early drafts locked away until some time as it’s ready. It’s not that I don’t care about what people think – I absolutely do – it’s just that the urge to birth the thing seems to outweigh the reticence, almost every time.

Most people will probably like what you’ve made. And when you come across those that don’t – and you will – just remember that it wasn’t made for them.

Anyway, thanks for Gal and to Jordan, to Tom, and most of all to Gilbert, who likely never knew this video existed, but gave me a little thrill to put together. Maybe he’s up there now, perched on the edge Lennon’s celestial grand piano, squawkily encouraging us to live life in peace. “Ah aaaaaaah”. 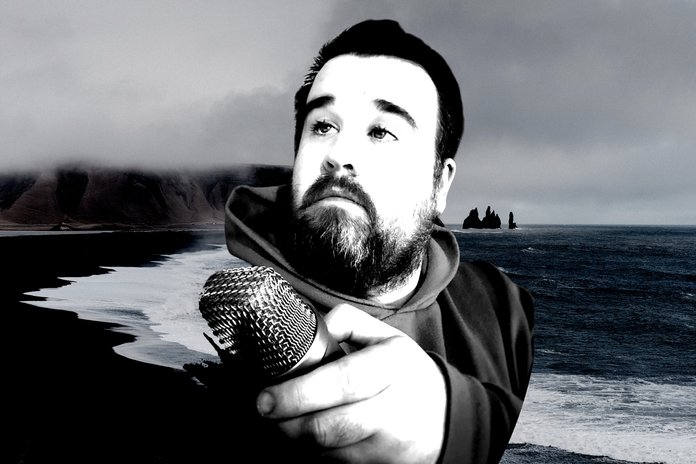 Go live with a podcast you can be proud of.